In the wake of last summer’s media frenzy on fundraising, I’m sure I won’t be the only person in our wonderful sector longing for more positive stories in the papers.

Nowadays, community fundraising is so popular that many feel overwhelmed when it comes to getting press attention. What’s the hook? How do I get people interested in my supporter’s event? Sure, it can be difficult to compete with so many others also fundraising, but if you follow these simple steps, you’ll have the best chance of getting it right.

Tip 1: Get it from the horse’s mouth

There’s only so much that any charity can do to promote its supporter-led events; if we promoted every single event our fundraisers ever held, we’d have no time to campaign on issues important to our organisations.

The key to community fundraising really is in the name itself. Everyone has a reason to fundraise, and – whilst some pick a charity at random – more often than not, the catalyst for raising funds for charity is very personal. Telling an emotive, personal story can be hugely powerful – particularly if it comes from the fundraiser themselves.

Let’s use an example. This is Ally Clift with his older brother, Adam. 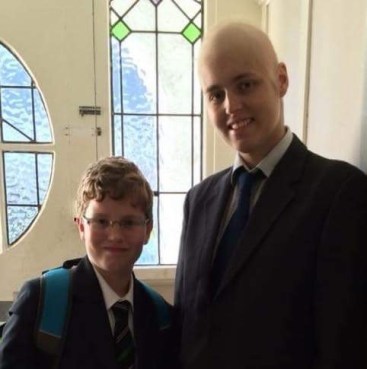 Ally was just thirteen years old when he lost Adam to blood cancer in March this year. Devastated by the loss, Ally decided that he wanted to do something that would help raise awareness of and funds for a blood cancer charity. A lifelong tube-enthusiast, Ally decided to visit all 270 London Underground stations in just twenty-four hours, in what he called a ‘Tube Challenge’.

Ally made sure that his story was told on his Just Giving page, and on social media. Granted; the teenager had help from his family, but the point is that he told his story, and in his own words.

His aunt Margaret Clift-McNulty, a professional fundraiser herself, explained:

‘I knew it was such a powerful story because of Ally’s age, his ingenuity, and the experiences that he and his family had been through. It was powerful and special – different from the usual fundraising challenge.’

Fundraising online is often under estimated; however, last year £100 million in donations to Just Giving came from Facebook referrals. Amazing, right? And that’s not all: check out the infographic below for more stats.

Ally and his family shared regular updates on the day of the challenge, and even made a hashtag for the event, #WheresAlly. They also used Thunderclap to raise awareness and generate buzz in advance of the event, and on the big day itself. 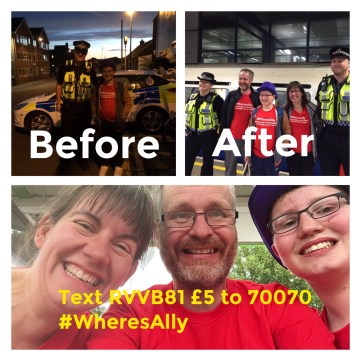 Tip 3: Make it really easy for people to donate

If you’re one of the thousands of charities using Just Giving, be sure to tell your supporters about text giving codes. Ally wore a t shirt prominently displaying his text donation code on the day of the challenge, which he also wore on all media appearances. He even featured an image of the code on his Thunderclap homepage (pictured below). His text code was also featured in newspaper articles, making it really easy for people to donate in real-time. 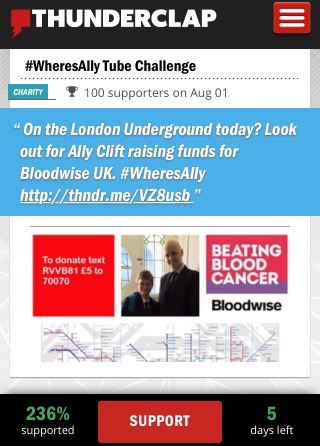 This clearly paid off, with Bloodwise’s Insight and Analysis Manager Owen Bowden telling me:

‘We could see traffic to the website spike when Ally was featured on the news. The only other time we’ve seen spikes like that have been driven by celebrities tweeting, or when The Calendar Girls film is screened on TV. As well as over £35,000 raised through Ally’s Just Giving page, we saw an increase in the number of donations through our website for the period of coverage; in fact, we received the highest number of donations in a single day for this year!’

‘I’ve lost count of the people who told me that after the story broke on BBC Breakfast, they were just sitting pressing refresh and watching the donations go up and up. Ex colleagues; people I went to school with; relatives; the guys at Bloodwise and Transport for London – it was like we were part of one huge Team Ally across the country. It was really moving’.

And finally… Always be prepared

It’s a fact that if fundraisers have pre-prepared photos and a press release, they will vastly increase their chances of getting media coverage. Whilst our charities may not have the resources to create bespoke press packs for our supporters, we can and should encourage our fundraisers to create these themselves, using a basic template. That way, our messages are on brand, and the authenticity of the story remains intact. 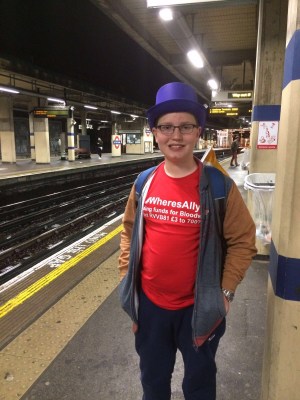 By being prepared for media interest, Ally’s story was featured far and wide: The Guardian, BBC Breakfast, ITV, The Mirror and The Daily Mail all picked the story up, to name a few. It even got as far afield as South Africa, Malaysia and China! Importantly, the tube-challenge was also featured at a local level in Ally’s hometown of Liverpool. Most local newspapers make it easy to submit a story; there’s either an email address or an online submission form, and this can really help to spark interest.

In total, Ally raised over £35,000 for Bloodwise, and has been shortlisted for Young Fundraiser of the Year at the Just Giving Awards. Well done and good luck, Ally!