‘There are no Pokéballs in your bag’: the pop-up that every Pokémon trainer dreads receiving.

Especially when you’re at an event surrounded by the fictional creatures.

It’s not often that you spend a Wednesday evening surrounded by people dressed as Pikachu; yet there I was, at Edinburgh Zoo’s first ever #PokémonGO event, trying (and failing miserably) to catch ’em all. Amongst the excitement, I nearly caught a rare Onix, and trained my Starmie in the Gym, which just so happened to be filled with penguins… 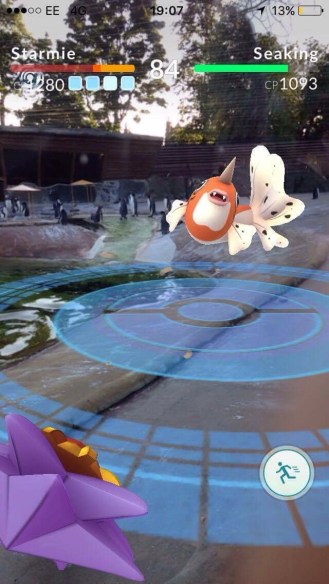 It was clear that this event attracted a different, more alternative crowd than the average daytime visitor: it was more like being at ComicCon than at one of the most popular tourist attractions in Edinburgh. Amongst the gamers, fan-girls (and boys) and fellow alumni of Zombie School, it was also great to see lots of people with disabilities, and a wide range of ages. And people really dressed for the occasion! 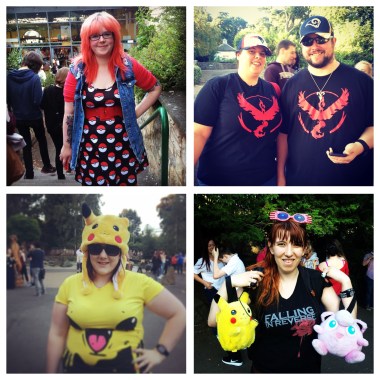 I caught up with Jo Paulson, Events and Experiences Manager at Edinburgh Zoo, to chat about how the event had come about. She told me:

‘We got the idea from Bristol Zoo, who have held a couple of really successful events recently, and from other zoos internationally. We really didn’t realise how popular this event was going to be: initially, we released two thousand tickets, which we sold out in under six hours. We then increased capacity by another six hundred places, and we still ended up with a waiting list of five hundred people! We’re already exploring a second date. It’s been one of our fastest sell-out events of all time’.

‘We’re always looking for ways to bring new people to the Zoo. It’s particularly good to see so many people with disabilities like autism here this evening’.

Other than the excellent selection of rare Pokémon to be caught, what I found particularly impressive about this event was the seamless integration of fundraising. In addition to a suggested donation of £5 per person, there was a huge range of Pokémon cupcakes on sale; face painting; and – of course – a membership stand. 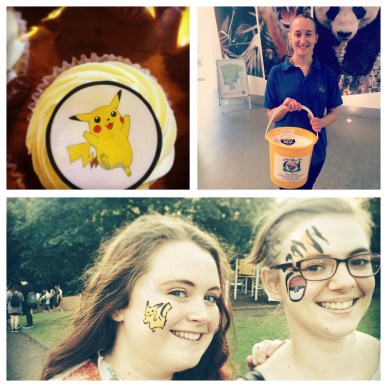 So, did it pay off? The total figure raised on the evening was an impressive £5,429.96, averaging around a £2 donation per person. Following my previous blog on how Scottish charities are engaging with the latest gaming craze, it’s great to see one of Scotland’s largest charities using Pokémon as a way of engaging new audiences and donors.

Well done, Edinburgh Zoo, and thanks for having us! Keep an eye on their Twitter account for details of the next event.

Thanks to Laura Curtis-Moss for providing the Pokémon action shots.