Everyone has friendship goals. Some are to go on once in a lifetime trips with your mates, or epic nights out; my pals and I like to escape from rooms we pay to be locked into…

It’s not as weird as it sounds; escape games have become big business. When we first started playing in 2014, there was one company running games in Edinburgh, and a handful throughout the central belt. There’s now multiple offerings in the city. Anyway – this is the team. From left to right, we have: Toby the greyhound, me, Laura, Mel and Heather. 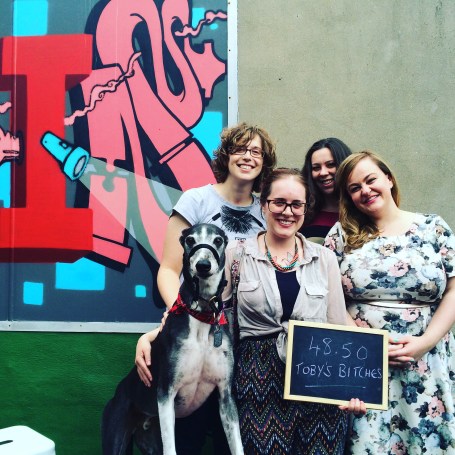 Escape game pro’s, we’ve played the vast majority of escape games in Edinburgh and Glasgow, with a 100% success rate; not that I’m boasting, or anything…

I’ve previously blogged about Lady Chastity’s Reserve in London, and wanted to do justice to the multiple escape games in my hometown. So, here’s a roundup of the best in Edinburgh, and why they are so good.

Turns out we can! With space and spy themed rooms and a special city-wide game for just the Fringe, Can You Escape truly has it all. And as if that’s not enough, they’re also the only attraction reviewed here to have a portable game, Blue November, which is available for corporate events and even weddings. Gutted I got married before this was launched…. Not even kidding!! Each team also receive a commerative photo of their experience. Nicely done!

Verdict: The most versatile and immersive of the games reviewed here, Can You Escape never fails to impress, surprise and delight. 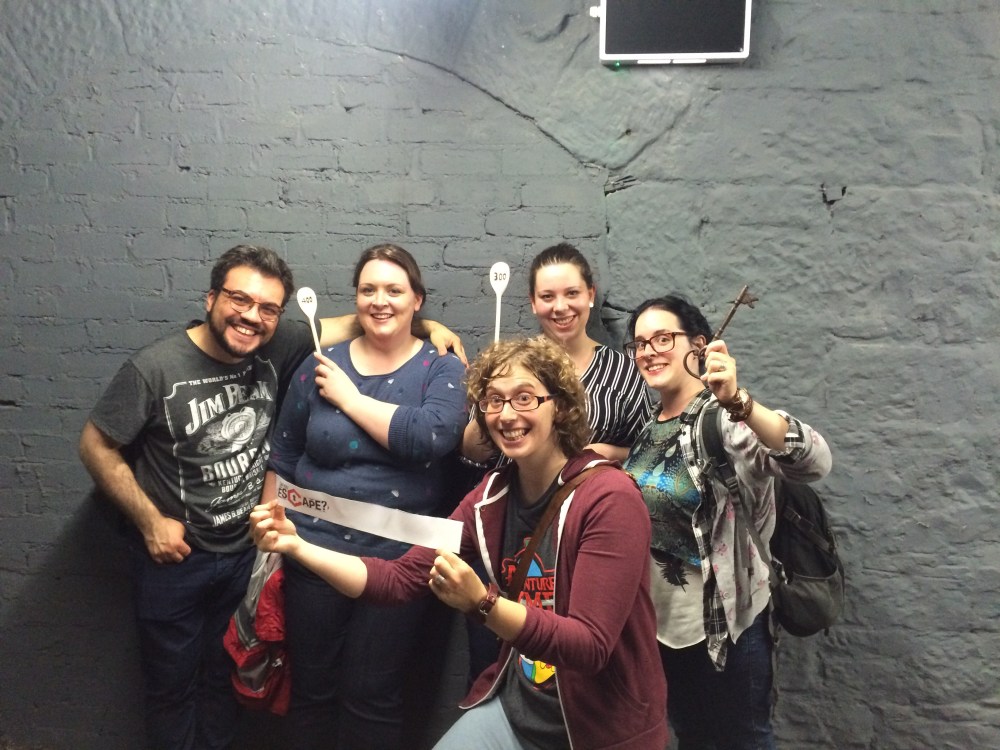 As the only advertised ‘dog friendly’ escape game in the city, LockedIn Edinburgh was a real treat for us, as it meant we could be joined by Laura and I’s hilariously large greyhound, Toby. Set in the old Small Animal Hospital at Summerhall and littered with original features and equipment, this venue oozes atmosphere. LockedIn’s owners, Heidi and Jackie, have done a fantastic job of paying homage to the building’s zoological history; dogs, in particular, feature heavily in the room we played. Water and treats were even provided for our honorary team captain, Toby!

Verdict: LockedIn Edinburgh boasts by far the coolest and most atmospheric venue. Their warm and friendly staff do everything they can to make you feel welcome – furry friends included. You can even meet their resident French Bulldog, Dexter!  Watch this space; rumour has it that they *may* have a contagion themed room coming soon…

You can’t help but be impressed with the level of detail, care and attention that goes into Dr. Knox’s rooms. Atmospheric and the only game I’d describe as scary at times, Dr. Knox is a memorable experience: so much so, you can buy a commerative t shirt in their gift shop! You also win a metric if you escape, which is a nice touch.

Verdict: This game is a smooth operator: it’s visually stunning, and logically complex, with the most red herrings. Be warned, though – it’s the most difficult to crack!

Have I missed a game from the list? Do you run a game you’d like me to review? Drop me a line at hi@rebeccacurtismoss.co.uk.