As the tagline goes, ‘you gotta catch them all’.

Originally, this post was going to be about how Scottish charities are once again setting the bar high by utilising the latest internet craze to hit the UK, Pokémon GO. Instead, it’s turned into a chronicle of woefully missed opportunities.

Firstly, it’s worth explaining what Pokémon GO is. Pokémon GO is a location-based augmented reality mobile game. Players use their smartphone screens to search for virtual Pokémon in public spaces, then capture characters like Charizard, Squirtle and Pikachu. Once players have reached level 5, they pit their Pokémon against other players’ collections, winning valuable new characters and claiming virtual turf.

As I started trawling the internet for good charity newsjacking examples, time and time again, you know what I came across? Nothing. Nada. Zilch. Where were the Scottish walking charities? Those dealing with digital inclusion; mental health; physical health; young people; the outdoors; heritage and museums or the arts? Those who rely on income from major walking fundraising events?!

I came across quite a few Scottish charities that were lucky enough to have Pokéstops at their venue, but other than a couple of ingenuous charity shops setting up ‘lures’ (to lure Pokémon , and therefore players, to that location), and the suggestion of Reddit users that Children’s Hospitals should be made into Pokémon battlegrounds known as ‘gyms’ (thus helping sick kids play from their beds), I saw very few organisations really make the most out of this.

In all, I was really surprised as to how few charities have gotten involved.

I did, however, find a couple of needles in the haystack.

National Trust for Scotland used the game as an opportunity to promote their properties: 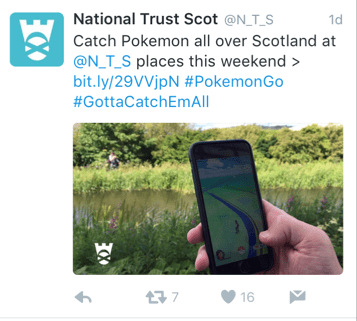 … As did Glasgow Science Centre: 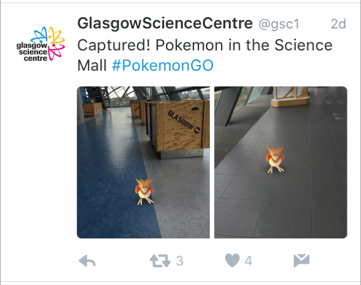 … And Edinburgh Zoo. Pokemon in the penguin enclosure! 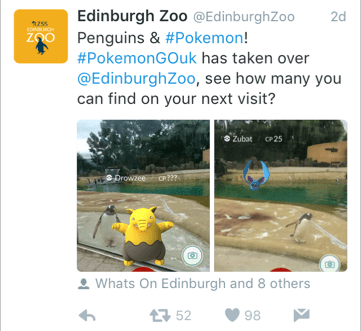 Edinburgh Fringe used the app to promote their merchandise: 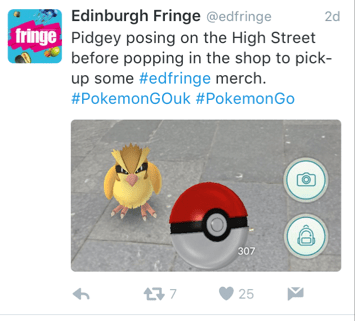 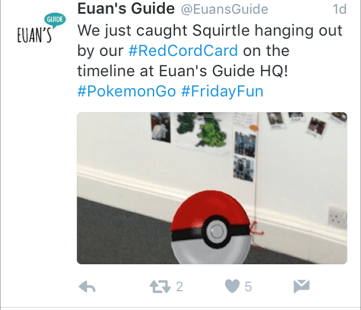 Could this caution be down to NSPCC’s statement, urging Nintendo to delay the UK launch of the game, due to fears over child safety? Perhaps for other charities dealing with young people, yes. But then again, that’s why Young Scot have been issuing tips on Snapchat how to stay safe while trying to catch ’em all.

So, Scottish charities: grab this new trend by the Pokéballs!*

*But only if it’s relevant for your cause to do so! Always think before you newsjack.

Editors note: since originally publishing this post on July 17th, I’ve come across another couple of charities doing some fantastic work…

RSPB have published a fifty second video about playing the game on their reserves. Check out the full thing on their social media! 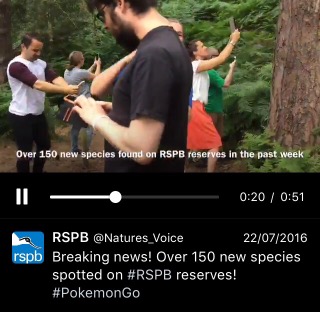 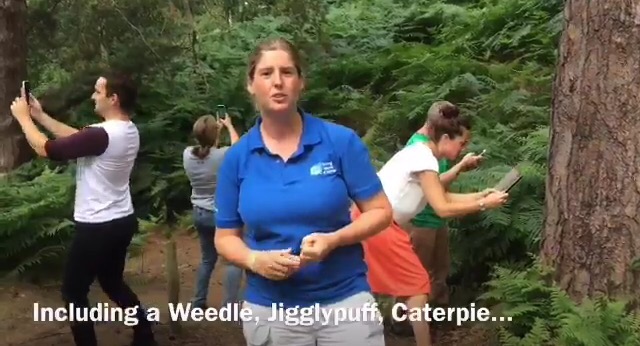 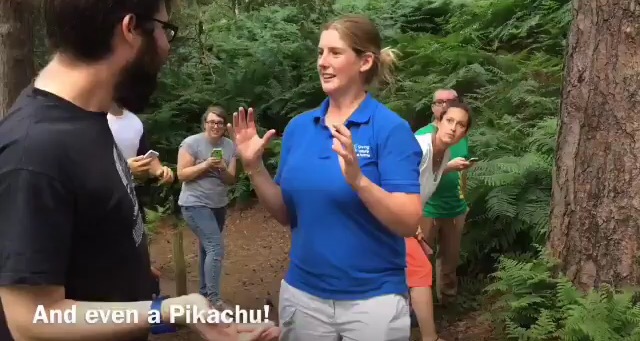 Following in the footsteps of Bristol Zoo, Edinburgh Zoo have announced their first Pokémon GO event. For a suggested donation of £5, players will be able to catch some of the rarest Pokémon in the UK, plus have exclusive access to the zoo. Sadly, the event is now sold out, but the Zoo are looking at future dates. 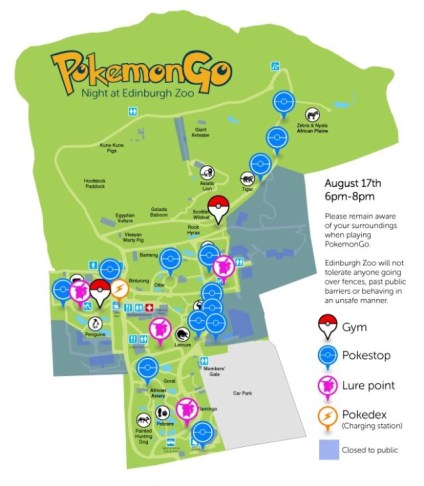 Scottish walking charity Paths for All have used the popular app to encourage more people to walk for health. 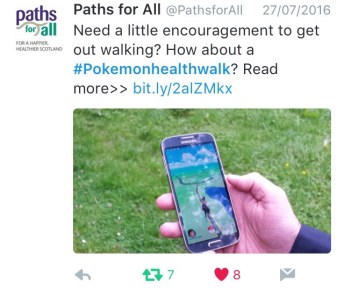 And but not least, Digital Meet Up Glasgow are hosting a Pokémon GO charity trail for MacMillan Cancer on August 14th. 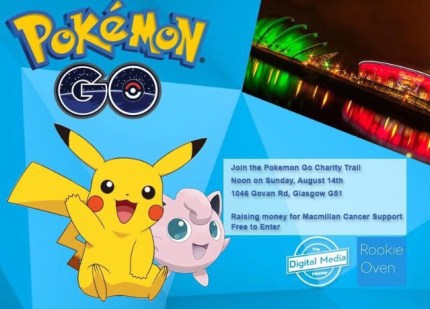 Great work, everyone! Have I missed any other examples? If so, comment below.